Top Classic Scary Movies to Watch with your College Roommates

Point of view: you're away at college and securely tucked in your bed; it's late at night. Your eyes are wired open, and your pupils fully dilated. You have the urge to shut your eyes, and rightfully so since your eyelids feel as if they've been cement-ladened. The sleepiness weighs in, but no matter how hard you try and close your eyes, your lids refuse to lower. Suddenly your room door creaks open, and a gust of wind brushes past your cheek. With your head partially peering from under the covers, you quickly scan the area to see if it's just one of your roommates sneaking in your room to raid your closet, but nothing. Chills flow down your spine, and your sweat-soaked body is thrust off of the mattress in fear. Your mind is racing; you don't know whether to run full speed into the other room with your roommate or stay put in case there's a monster underneath your bed waiting to grab your leg.

Suppose the above scenario sounds all too familiar. In that case, I'm almost willing to bet that you've watched a few scary movies on campus with your college roommates. Or, that you went to the old faithful Movie Theatre outside the university to catch one of those new horror films with some old college buddies right before going to bed. And now, you've found yourself wide awake in the middle of the night staring at the ceiling, too afraid to move because between the nightmare you just had about being killed in your sleep, coupled with that sketchy gust of wind that you've just felt, has you scared out of your mind. At that moment, you told yourself, "I'm never watching horror movies ever again," but we both know that's not true. You're addicted to the rush.  Sound familiar? Yeah, I thought so. 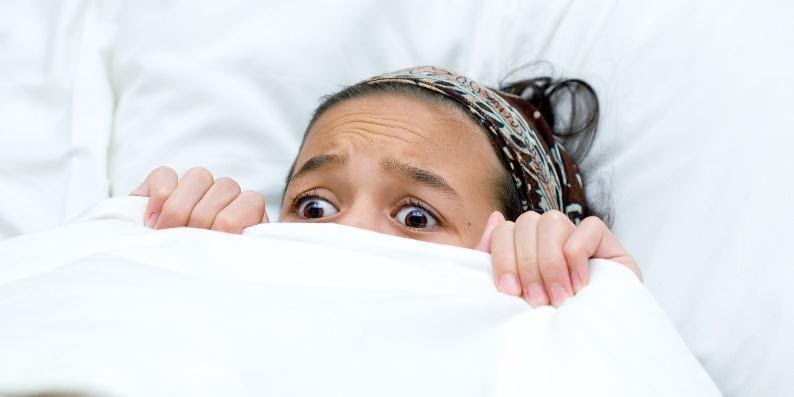 And of course, with Halloween right around the corner, it's time to experience the thrill of that late-night college horror all over again. Because, why not? And the simplest way to get in the spooky season spirit is by putting all of your favorite Halloween movies in rotation just like you used to do. Because, whether you prefer watching 'non-scary family-friendly films such as The Addams Family, Casper the Friendly Ghost, and Ghostbusters if you're the lighthearted type, or suppose you choose to fully indulge in the Gorey films such as Raw, XX, and Velvet Buzzsaw. Regardless of where you lie, there's a film guaranteed to keep everyone from the university students and professionals alike on the edge of their seats.

Plus, aside from the movies themselves, there isn't much else you need to host a successful movie night. It's a super affordable option for those of you who are budget conscious and a safe option for those who are worried about potential danger on Halloween night.  And whether it's at the university or offsite, it's guaranteed to be fun with the right people by your side.

But the best part about hosting a Halloween movie night is that it's unique to all different types of university students. For example, if you're the low-maintenance student who's cool with chilling on campus and celebrating Halloween indoors, this is for you. Suppose having a night in that doesn't involve going to those semi-sketchy, jock-filled Halloween parties where dozens of students from campus and other universities pile into one frat house is not your thing. Then, this movie night is the perfect way to enjoy all of the trills and frills of college horror with less student interaction. But if you're like most college students who attend school with you, the excitement of attending your first or your fifteenth party at the university level is unmatched. So, if that's you—and you decide you want to enjoy a little university turn up, you can let your hair down for a few hours and then come back on campus and kick off that movie night afterparty. Regardless of where you stand, don't forget to round up your roommate and a few of your closest college schoolmates and let the horror movie binge session begin.

Not sure what to watch? Don't worry! We've got you covered on all the college horror movies. You bring the preferred student body members and the snacks, and we'll focus on the movies that I think would be an excellent fit for you and your crew.  How does that sound? Good.

Below is a compiled list of arguably some of the best horror movies to watch with friends while in college. Each of the scary movies below is listed in the order that they were released. 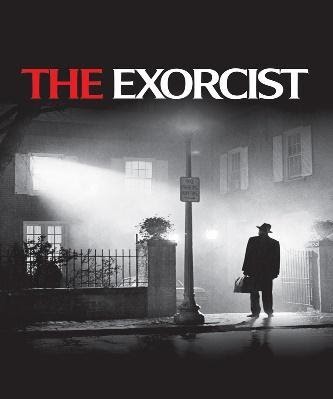 The first horror movie on this list,  The Exorcists, is regarded as one of the greatest horror films. For decades, it was the highest-grossing rated R horror movie. It was known as one of the first films to delve heavily into paranormal activities such as hearing scratching sounds in the addict with no culprit or hearing voices inside an ouija board. And chronicling, a young girl with unexplained demon possession seems to have added to its mass appeal, especially since it's an Urban Legend that the film was "loosely" based on actual paranormal events. Talk about creepy.  One thing for sure, after you watch this film, I guarantee you'll never look at a Quija board the same. I mean, could you imagine if a student at the university became possessed and haunted random people on campus? Scary, right? 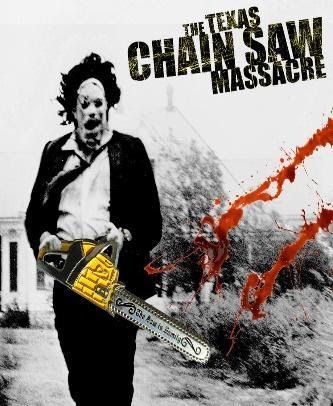 Urban Legend is heavily associated with the Texas Chainsaw Massacre film(s). What makes The Texas Chainsaw Massacre grace our list as one of the scariest movies to watch with your college roommate is not necessarily the acting involved in this horror film, but rather the fact that the plot is centered around a group of college students (insert gasps) who are abducted and tourtered by cannibals. But the real fear factor is that it has been rumored that The Texas Chainsaw Massacre was an actual tale of convicted slasher and body snatcher Edward "Ed" Gein. And as we know, there's nothing more intriguing than the idea that Ed allegedly kept and often adorned himself with real pieces of his victims, such as keeping their skin to make a mask,  just as the fictional character Leatherface does in the film. And while this isn't the only horror film to draw inspiration from Gein's twisted life, this is one of the most gruesome examples. And this film is critical to the horror genre because it has paved the way for several slasher-style horror films. 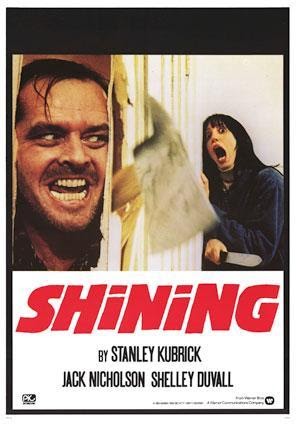 Allegedly when Director Stephen King and his wife stayed at the Stanley Hotel in Estes Park, Colorado, they had the hotel all to themselves. Amid their stay, a feeling of discomfort came over him, leading him to write The Shining. Which ironically, is about a "mad writer" who develops supernatural abilities while staying at a haunted hotel. Side note: If any of your university guests majored in English, you might want to save this one for another time, so they don't get any ideas. Wink, wink. 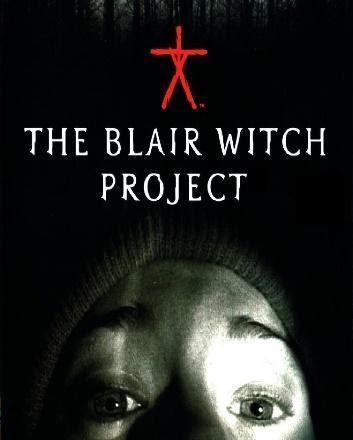 The Blair Witch Project is the perfect film to watch with your friends on and off-campus because it documents what happens when school research takes a terrifying turn. While tuning in, your mind will be in overdrive, imagining what it would be like if you and your friends were researching for a school project, and you came up missing, only leaving behind the tapes you made along the way.  Could you imagine that? Plus, what fun would it be to watch a horror film about university-related topics? Cliché maybe, but genius nonetheless. 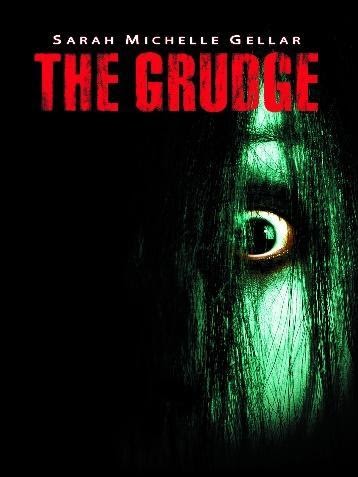 You'll repeatedly jump out of your seat with this terrifying visual. I mean, can you imagine if the new apartment you moved in offsite from the university was haunted and housed the spirits of all of the deceased people who lived there before you? And what if they held a grudge and killed you and virtually any other guest as a result? And even worse, what if they took over your body? What would you do to stop them if you could? 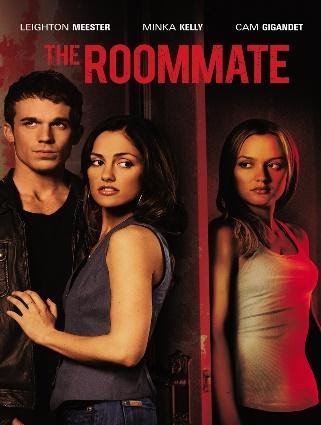 The Roommate is probably the most cliché film on this list. Still, you have to admit. This pick is one of the most ultimate college horror movies because, let's face it; there's nothing more terrifying than knowing that the  "roommate" that you once loved has vengeance against you because your life took a different route. And when you decide to move off-campus apartment and in with your significant other near the university, things take a turn for the worst, especially when your former roommate's obsession turns into a nightmare. Let's hope it's not déjà vu. 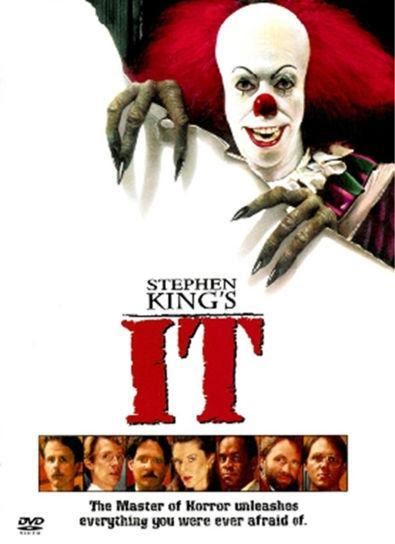 Halloween wouldn't be complete if the list of films didn't include almost everyone's most feared thing, clowns. Stephen King is no holds barred as he taps into both children and adults' universal trauma. By creating a terrifying child predator clown that mixes the fun and dancing of a traditional clown with the traits of a slasher-style rapist and serial killer—permanently scarring children and placing their parents back into a fearful and childlike state of mind. Warning, after you witness this depiction of Pennywise, your trust in the student body president, who dresses up as a clown every year, will be slim to none.

So, if you're not too busy this Halloween, be sure to grab your popcorn or your favorite snacks to eat. Turn out all of the lights, lock your doors, and kick back on the couch with friends at your brand new off-campus apartment, courtesy of Tripalink, and indulge in all of the above horror movies that your heart can handle.

Point of view: you're away at college and securely tucked in your bed; it's late at night. Your eyes are wired open, and your pupils fully dilated.

What Is Coliving in the Post-Pandemic World

The pandemic changed almost every part of our lives. Some of us moved away to a brand new city, started a new job, started looking for more affordable housing, or moved back in with our families...

Coliving continues to be one of the most reasonable options for those searching for long-term housing in West Los Angeles...