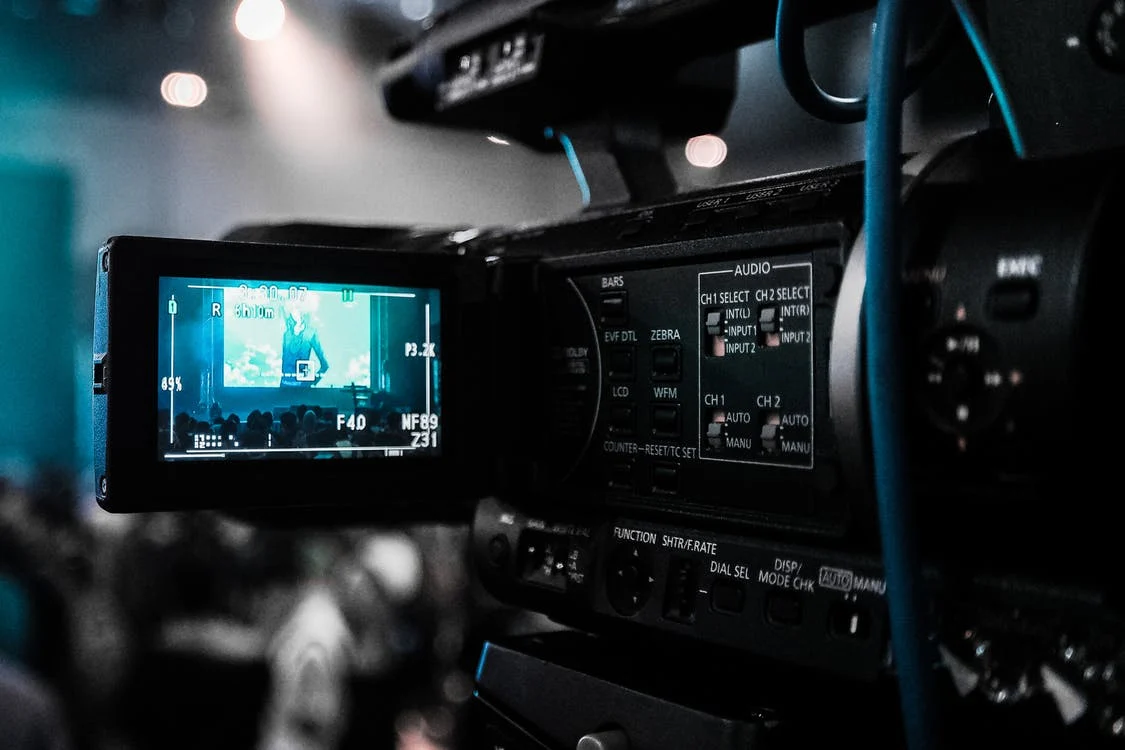 When Russell Conwell was asked to tutor a young man in 1884, he couldn't have known how much his teaching would impact the world. Temple University has grown from that single student into a renowned university that educates about 37,000 students each year!

Temple University is known for its broad range of degrees and programs. The school has a selective acceptance rate that requires students to have higher grade point averages and scores on standardized testing. The school is known for its research activity as well as the over 150+ undergraduate majors.

Plenty of famous people have called Temple home during their college years. While they all vary in their professions, these famous alumni are proud to call themselves Temple Owls. Learn more about these top 15 famous Temple University alumni.

Plenty of fellow Temple University owls have enjoyed a long career in the world of television and film, either behind or in front of the camera. 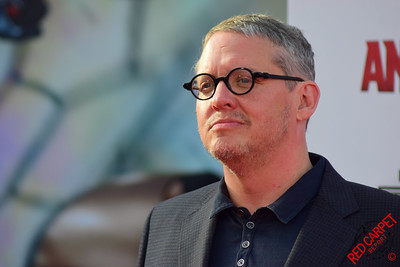 A notable alumni in the arts sector is Adam McKay, a screenwriter, director, actor, and comedian. McKay is one half of the dynamic duo that includes Will Ferrell as co-writers of the films Anchorman, Talladega Nights, Step Brothers, and The Other Guys. McKay was born in 1968 in Philadelphia and attended Temple and studied English.

McKay was a writer on Saturday Night Live and worked as the head writer until 2001. He has directed, produced, and written screenplays for many famous shows and movies. 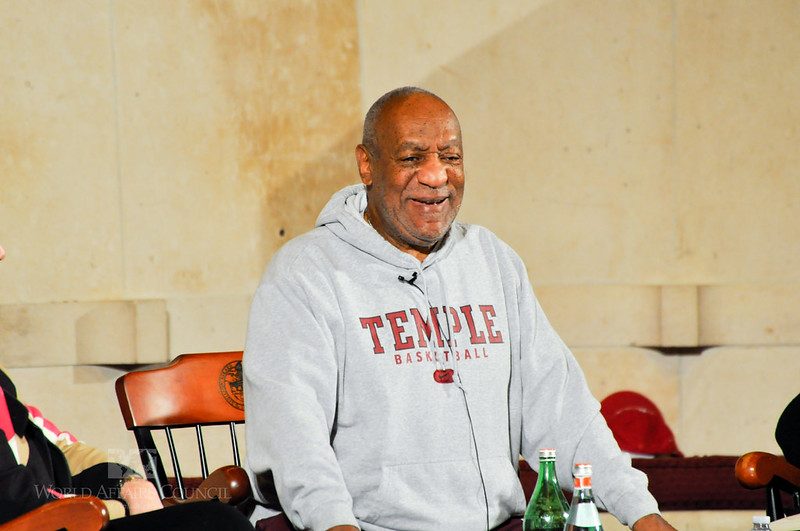 As a well-known entertainer and comedian, Bill Cosby is also Temple University alumni. Cosby was born in 1937 in Philadelphia and went to Temple on an athletics scholarship. He graduated in 1971 and went on to grow his career as a performer on The Ed Sullivan Show and got his big break on the television series I Spy. He was a part of many movies and is best known for playing the father of the Huxtable family in The Cosby Show, which ran from 1984 to 1992.

Cosby loves Temple University and sat on the Board of Trustees before resigning after a sexual assault scandal came to light in 2018. 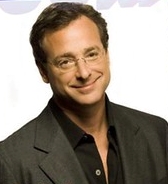 Known as the doting dad on the hit sitcom Full House, Bob Saget was also a stand-up comedian during his career. He was born in Philadelphia, Pennsylvania, in 1956 and attended the Center for the Performing and Cinematic Arts at Temple University. Saget graduated in 1978 and became a huge part of the television industry. He hosted America's Funniest Home Videos for 8 years as well.

Since then, Saget worked on many other shows, including How I Met Your Mother, Dirty Work, Raising Dad, and Fuller House. Saget started getting back into stand-up comedy when he died in 2022 after an unexpected fall. 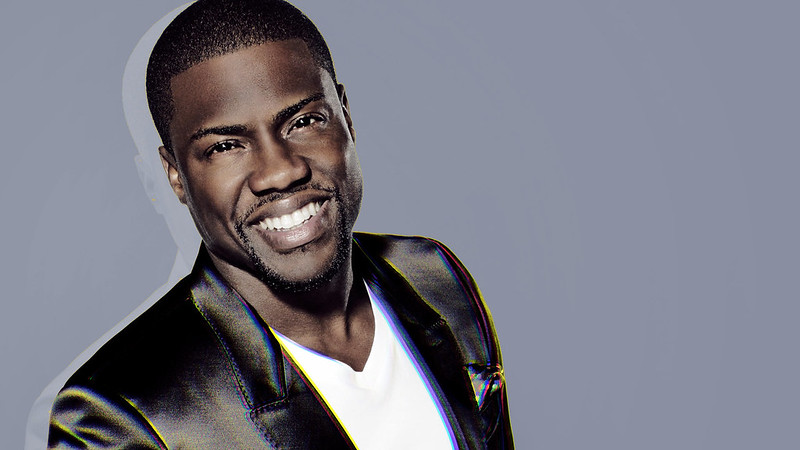 Known as a comedian and actor, Kevin Hart was born in Philadelphia in 1979. He was a Temple owl for a few years before pursuing a career in show business. Hart starred in many films, including Jumanji, Ride Along, The Secret Life of Pets, Captain Underpants: The First Epic Movie, Hobbs & Shaw. He recently created the Laugh Out Loud Network, which is a streaming comedy brand, along with Hartbeat Productions, launched in 2009. Hart also started a venture capital firm, Hartbeat Ventures, to invest in companies that may not have as much access to funds. 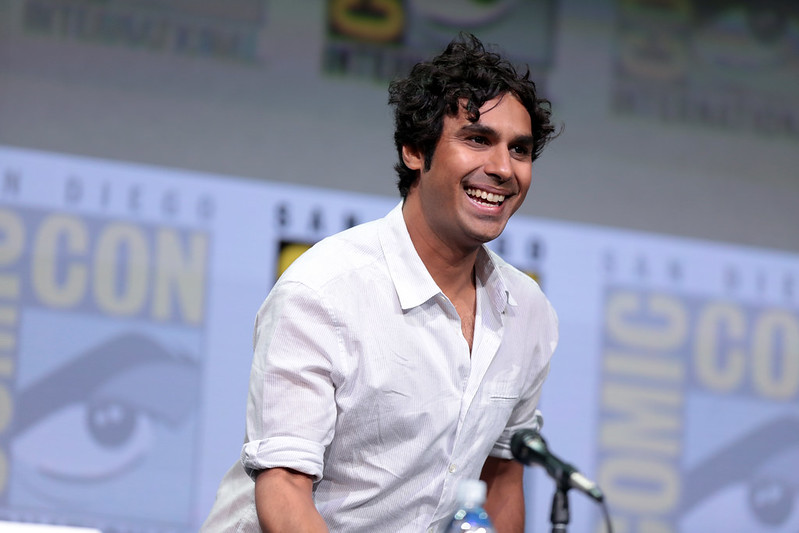 Often recognized as Raj in The Big Bang Theory, Kunal Nayyar is an Indian actor that was born in London in 1981. After receiving a bachelor's degree in business, he earned his Master's degree in Fine Arts from Temple University in 2006. Just one year after graduating from Temple, Nayyar landed this breakthrough role in The Big Bang Theory, which ran from 2006 to 2019. He has also been part of movies as a voice actor in the animated movies Ice Age: Continental Drift and Trolls. Nayyar continues to pursue acting in both TV and films. 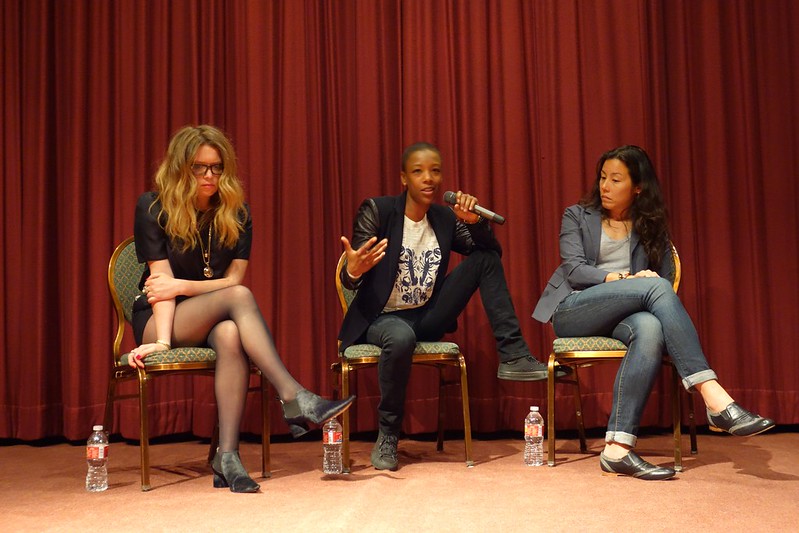 Known for her depiction of a fellow handmaid in The Handmaid's Tale, Samira Wiley enjoys a successful acting career. Born in 1987 in Washington D.C., Wiley attended Temple University for only a semester before transferring to Juilliard and graduating in 2010. Wiley then started her acting career and landed a spot on Orange Is the New Black and later received a nomination for her performance as Outstanding Supporting Actress in a Drama Series on the show The Handmaid's Tale in 2017. 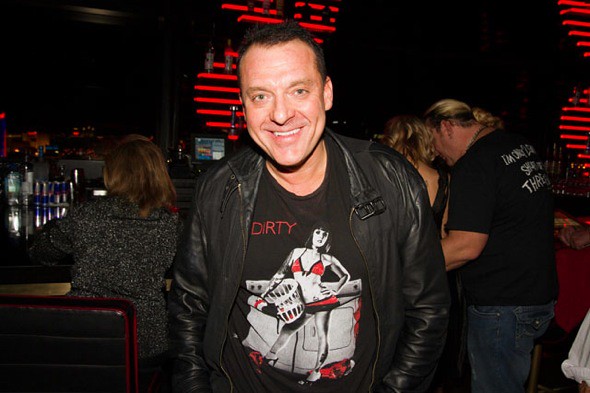 As a resident "tough-guy" in most of the movies he has performed in, Tom Sizemore is best known for his depictions of characters in WWII films. Born in 1961 in Detroit, Michigan, Sizemore loved the heroic characters in movies growing up. He received his Master's degree in theater from Temple University in 1986 and went on to play many roles during his career.

Sizemore's big break was in Saving Private Ryan in 1998, directed by Steven Spielberg. He also worked with famous director Martin Scorsese and played leading roles in films like Pearl Harbor and Black Hawk Down.

Music and Other Media

Many Temple alumni have shared their creativity and talent through the music or broadcast industries as well. 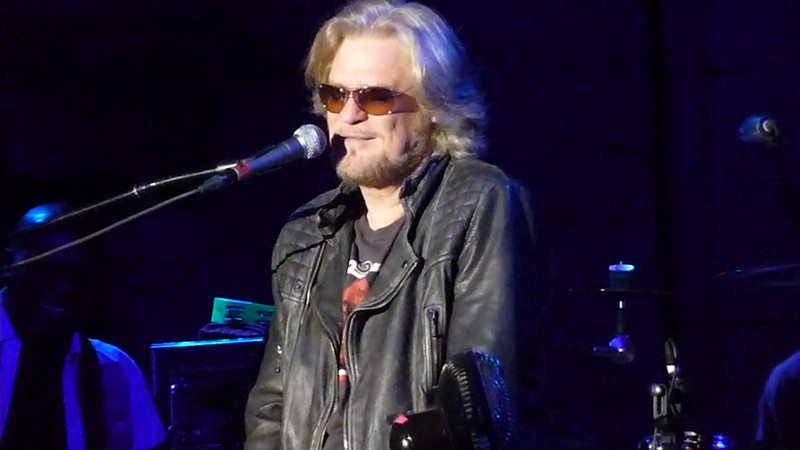 Born Daryl Hohl in 1946, he is known professionally as Daryl Hall and is the co-founder and lead vocalist of the music duo Hall & Oates. Hall started recording music in high school and went on to study music at Temple University in 1964. He met John Oates in 1967, and the two hit it off to become the best-selling duo of all time. Hall is part of the Rock and Roll Hall of Fame and currently stars in Live from Daryl's House, featuring other musical artists. 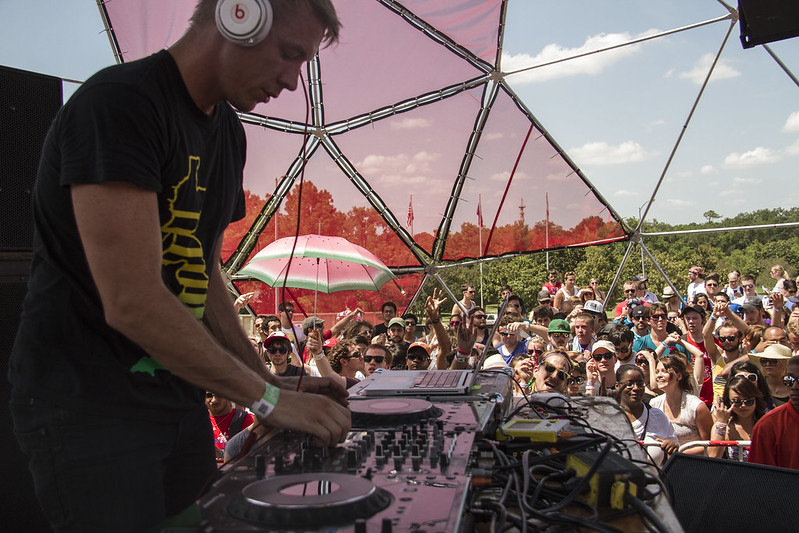 Originally known as Thomas Pentax, Diplo was born in 1978 in Mississippi. He is well known as an American DJ, songwriter, and record producer. Diplo first gained a following as a DJ while attending Temple University and received a degree in Film Studies in 2003. He released his first mixtape, Never Scared, in 2003, and it quickly found its audience.

Diplo moved on to become a producer for big artists like Bruno Mars, Shakira, Snoop Dog, and No Doubt. He continues to produce music and is active in many famous music groups, including Major Lazer, Mad Decent, and Silk City. 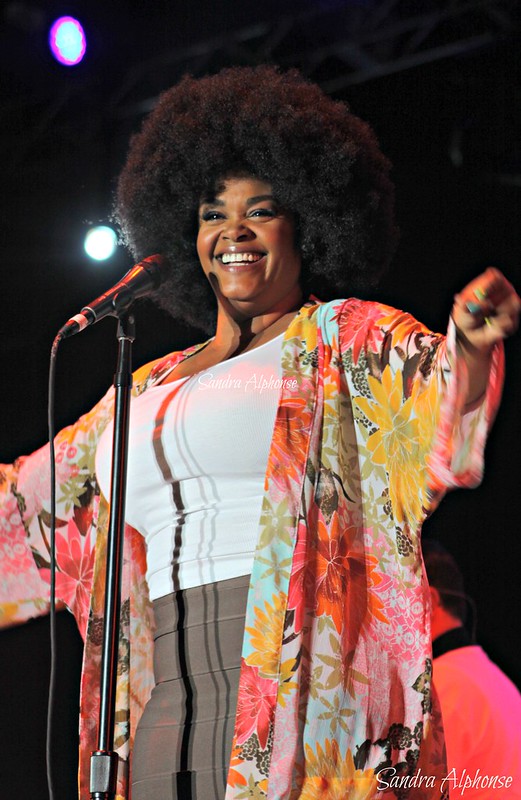 As a Philadelphia native, Jill Scott was born in 1972 and grew up in the city of Brotherly Love. Scott attended Temple University and majored in Education. She became a Grammy Award-winning artist and is a singer, songwriter, poet, actress, and model. Scott has worked with countless big names in the entertainment industry and is known for her soprano voice with a touch of jazz, hip hop, and spoken word.

She also established the Blues Babe Foundation in 2003, which helps young minorities pay for college. Scott accepted an honorary doctorate from Temple University in 2020. 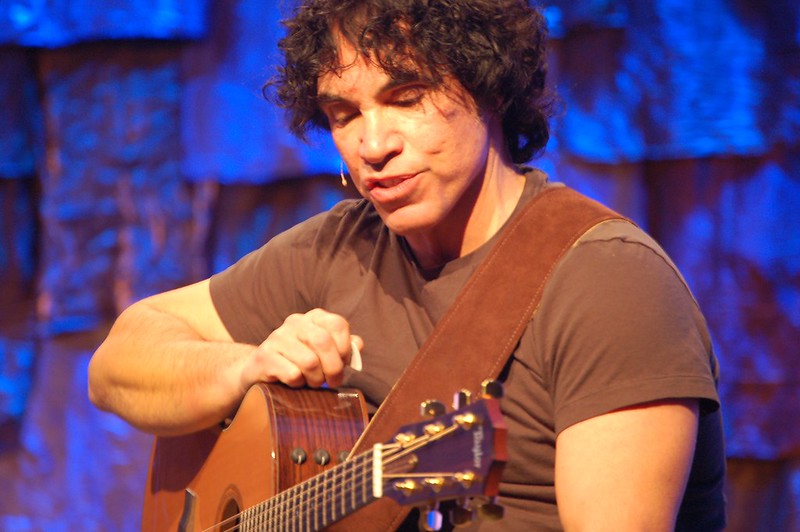 As the other half of the best-selling duo, Hall & Oates, John Oates is a famous solo artist with plenty of accomplishments to his name. Oates was born in 1948 in New York City. He attended Temple in 1966 and was a wrestler his freshman year before giving up the sport. He met another student, Daryl Hall, and the two Temple University alumni were part of college bands and signed on with Atlantic Records in 1972.

Since then, the duo has recorded 21 albums and sold over 80 million units. Hall & Oates had ten #1 records and toured the world for many decades. Oates turned to a solo career in 1999 and has created 7 solo albums. He continues to play music with Hall as well. 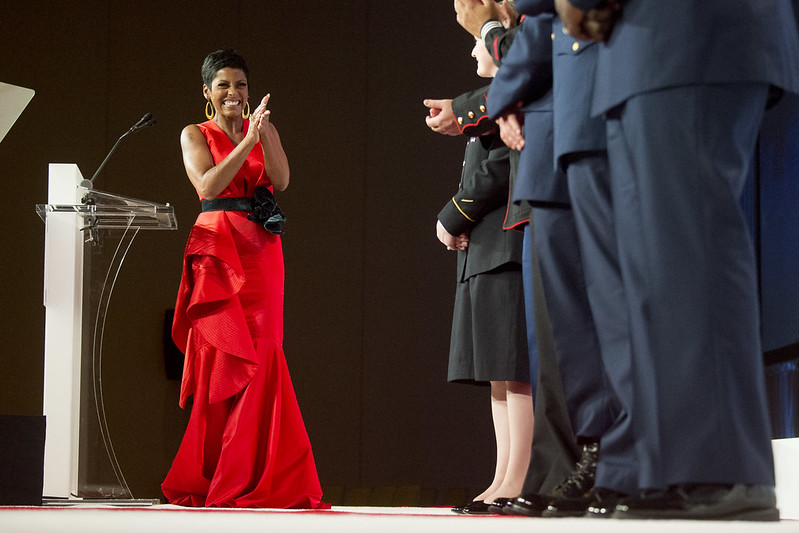 Born in Texas in 1970, Tamron Hall attended Temple in 1988 to study broadcast media. Hall worked for news stations in Texas in the 90s and then moved to Chicago to anchor Fox Morning News from 1997 to 2007. She became the first black female co-anchor of the Today Show on NBC and received the Edward R. Murrow award in 2015.

Hall was elected to the Temple University Board of Trustees in 2015 and still serves on the board today. The Tamron Hall Show debuted in 2019, where Hall focuses on creating a space for honest conversations about racial, educational, and socioeconomic issues.

Consider changing the world in government like these famous alumni at Temple University. 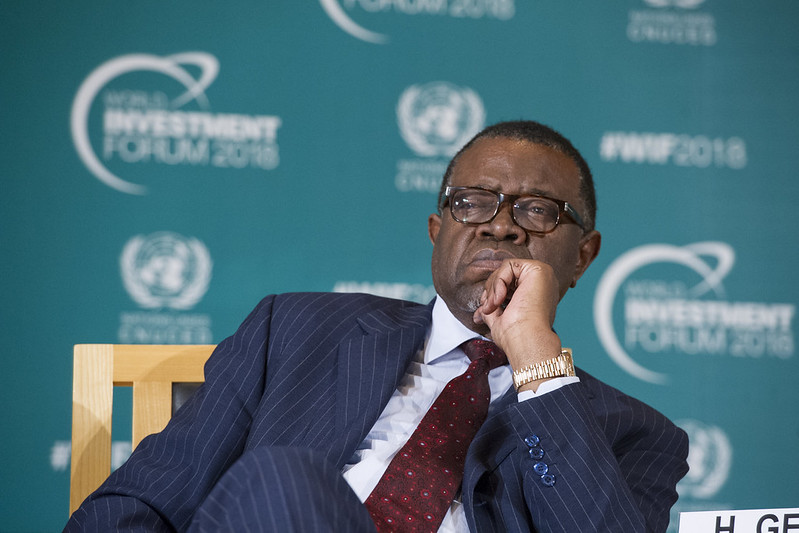 Born in Namibia in 1941, Hage Geingob left for Temple University in 1964 on a scholarship, where he studied undergraduate classes. Geingob attended other universities and started a career as a politician in 1972. He worked for the United Nations and returned to his home country in 1989.

Geingob became the first Prime Minister of the Republic of Namibia in 1990 and served in that position for a total of 12 years. After some political shuffling, Geingob was elected as the 3rd President of Namibia in 2014 and will hold the position until 2025. 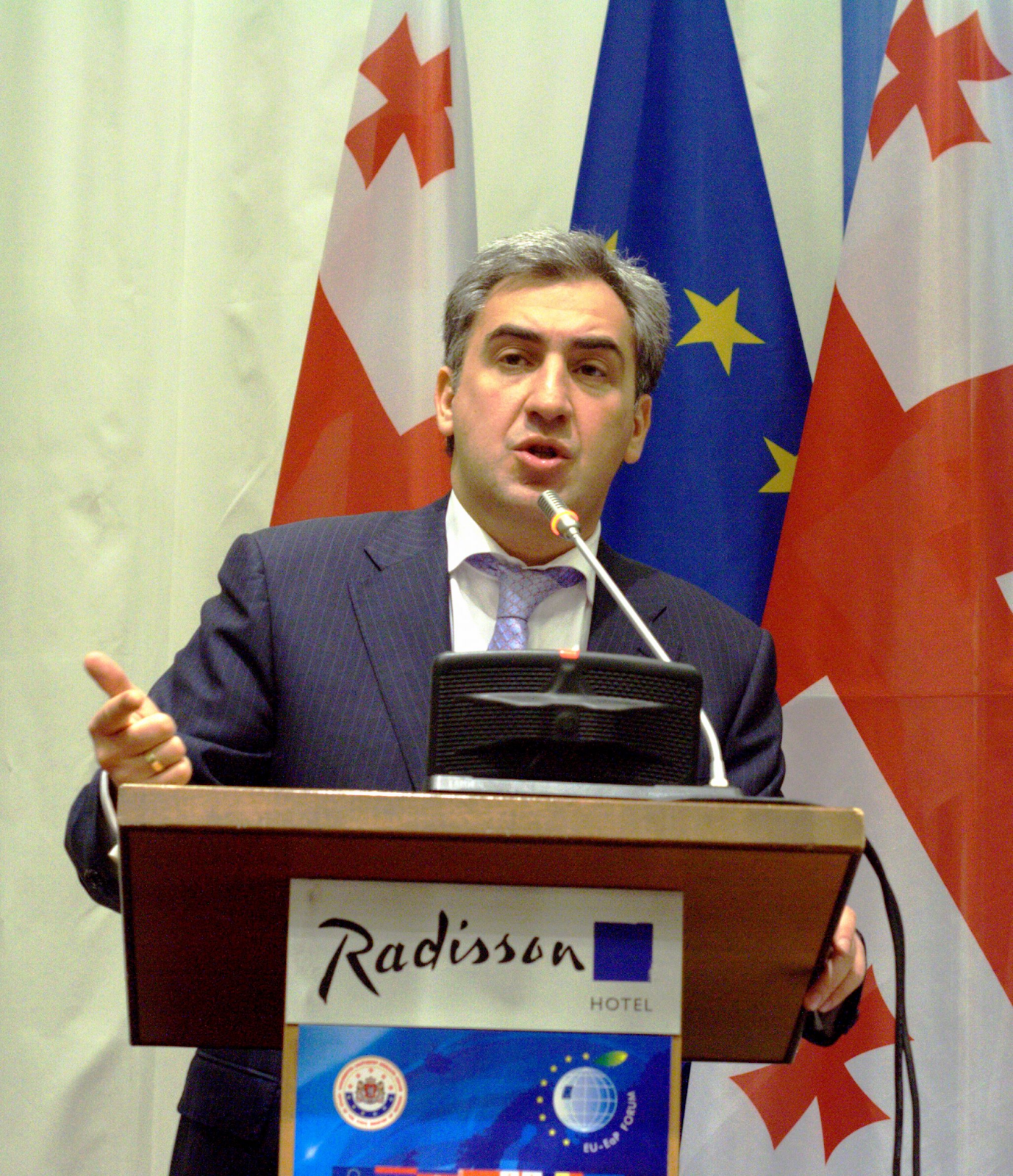 Born in Tbilisi in the country of Georgia in 1975, Nikoloz Gilauri is another notable alumni that chose to work in government. He earned a Master's degree in International Business Management and moved on to work in the energy and telecommunications sector thereafter.

Gilauri joined the Georgian government in 2003 and helped the country receive better services during an energy crisis. After a political crisis in Georgia, Gilauri took office as the Prime Minister of Georgia in 2009 and remained in that position until 2012, when he retired from government service.

While some people become famous due to their industry choice, others change the world with their tenacity and courage as a notable first to accomplish something. 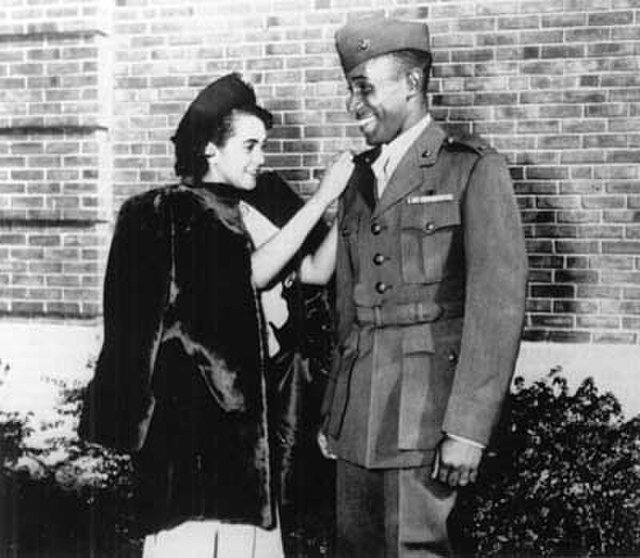 Born in North Carolina in 1922, Frederick C. Branch attended Temple when he received a draft notice from the Army in 1943. Branch was chosen to become a Marine in the newly integrated Marine Corps. He applied to Officer Candidate School but was denied due to his race. While serving as a Marine in the Pacific, Branch's commanding officers recommended him for Officer Candidate School.

He then went to Purdue University for officer's training in the Navy's V-12 program and was the only African-American candidate out of a class of 250. Branch made the dean's list and became the first African-American officer in the Marine Corps in 1945. After serving during the war, Branch returned to Temple University and received a bachelor's degree in physics in 1947. He taught science in a Philadelphia high school after retiring from the Marine Corps from 1955 to 1988. Branch died in 2005. 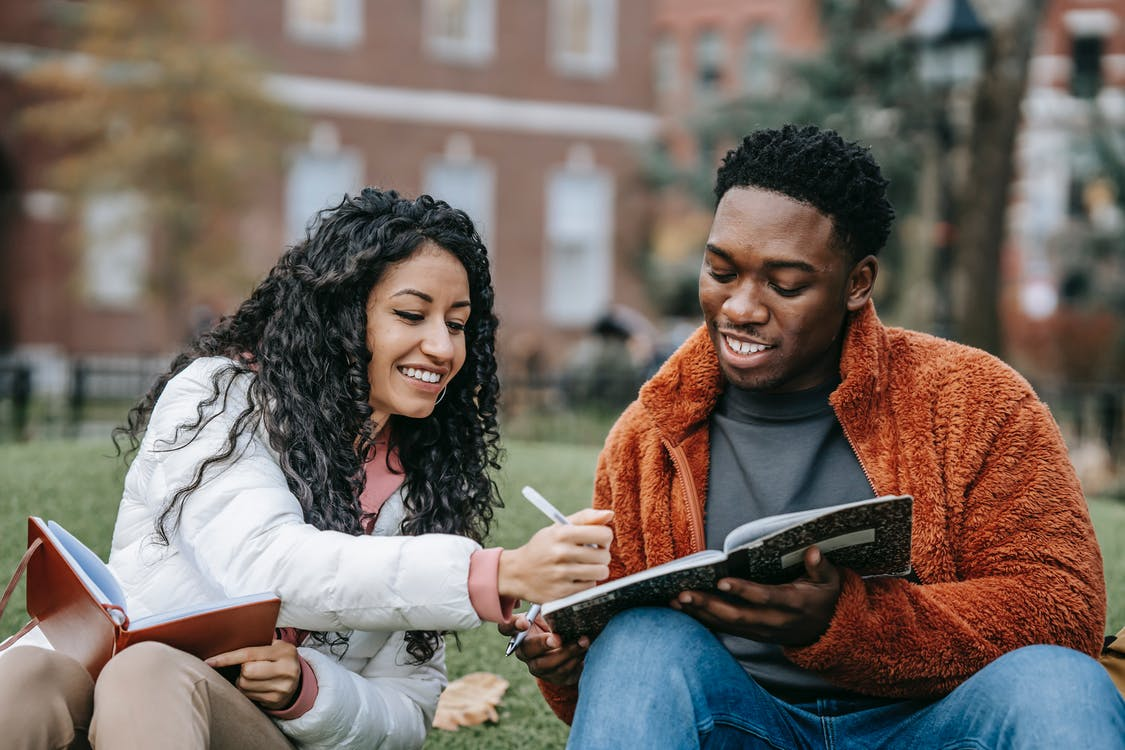 Who Will You Meet at Temple?

There are plenty of notable Temple University alumni who have done great things! From actors to politicians to musicians and more, so many success stories stem from the campus of Temple University. While these famous temple university alumni are well known globally, hundreds of graduates take their degrees from Temple to go on to do amazing things. Who knows who could be living next to you in your Temple University off-campus housing? It just may be someone that is deemed to be famous one day!